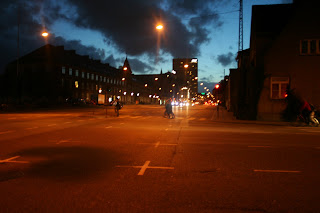 After much anticipation, the World Barista Championship is underway. For many of us, it's time to reconnect with friends old and new. Happily, some national champions like John (Kenya), Nik (Croatia), Francis (Zambia) and Salvador (Mexico) are returning for their second time around. Last year, I looked around the room and realized that the chances were that we would not see each other again. Nice to see that the tribe has returned.

And while the tribe has regrouped, some things have changed. While it was just Salvador and Ana last year making up Team Mexico, this time they've returned en masse with a larger team and matching national uniforms. Team New Zealand is fronted by a returning champion as well as an entourage seemingly the size of the North Island, including Carl Sara (who was spotted the other day hauling out waste water buckets lending his support to the entire community).

I didn't get to see a lot of the competitors but Canadian Champion Mike Yung looked absolutely solid on stage and if his drinks tasted as good as his performance, I wouldn't be surprised to see him in the finals.

Meanwhile, the Coffee in Good Spirits competition was going off on a nearby stage. Don't really understand the format but Greece swept the title. Tomorrow is the latte art championship.

Otherwise, I spent most of the day touring the show floor and chatting with friends from around the world. At one point, I was determined to go back to the hotel room for a jetlag nap but kept getting sidestepped with more friends and others who just wanted to chat. It's always a pleasant and fun time but the jetlag means that I'm nearly dozing off while sitting there trying to concentrate.

After the show, with Ana busy getting Team Mexico focused and ready for their performance tomorrow, Adriana, Sylvia and myself headed off to the Shawarma Grill on Stroget street for some much needed shawarma, falafel and beer. I always find those two fun and funny to hang out with and a constant string of gossip and green humor with a sensible balance of serious discussion.

And since I'm typically too dumb to listen to my jetlag at night, while the girls went home, I found my way back to Europa where Holger and our crew was celebrating Germany's victory over Austria. The one thing about Holger is that celebrating means celebrating and the only saving grace is the cool, crisp weather and long walk back to the hotel that sobers you up while Holger continues partying past 2a.m. on a Thursday night.
Posted by onocoffee at 8:14 PM 2 comments: Links to this post