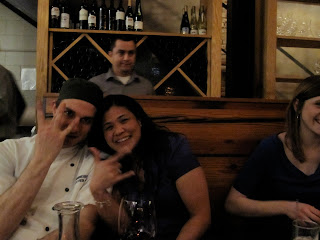 We're back at Woodberry Kitchen (as though we ever leave) because Chuck is in town from Vegas and wants to eat. As with any Saturday night, the place is jammed packed but Lucy has been kind enough to find us a spot to squeeze into. Of course, as soon as she sees how many friends we're trying to "squeeze" I receive a gentle and friendly admonishment to "spread out" a little. 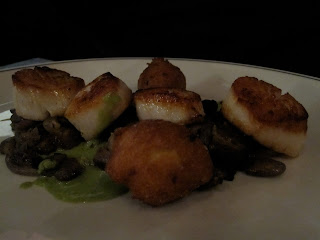 There's a madness of food and drink. Cocktails, bottles of wine, multiple plates but I can't eat anything. I'm still reeking of smoke from standing between the grill and the goulash fire earlier tonight. Plus a steady regimen of gnoshing on the aforementioned food, several drinks, miscellaneous cuts of bison and sausage, and a big bowl of tasty goulash and I don't know why I even ordered the chorizo flatbread - because I can't eat another bite. 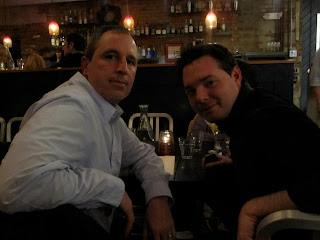 Chuck of Westminister and Chuck of Las Vegas.

Luckily, everyone else is hungry and ready to go to town on the food and my flatbread. There's some sort of polenta dish that's too delicious for words but I could only taste a little spoonful. A lovely latte art capped cappuccino from Jade. More bottles of wine and the promise for more partying into the wee hours of the night.

And with the events of the last couple of days, I'm happy to be amongst friends doing things that dull my senses. 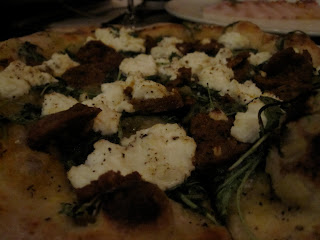 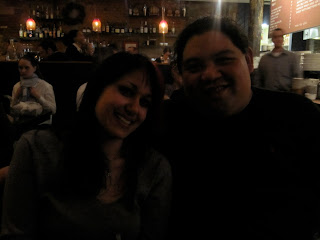 Ready for a night on the town. Separately.
Posted by onocoffee at 11:23 PM No comments: Links to this post

It Was A Saturday Hang 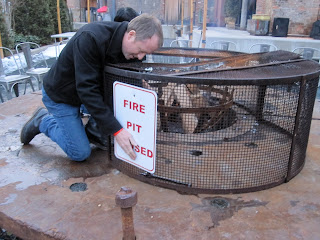 In the three years that I knew John Gutierrez, his name was synonymous with two things: 1) Roya and 2) parties. And while sadness surrounds death, what better way to celebrate his life than with a party on the Guti Scale? Live music, food, lots of meat, lots of drink, a big fire and another mother pot of goulash for everyone to enjoy. 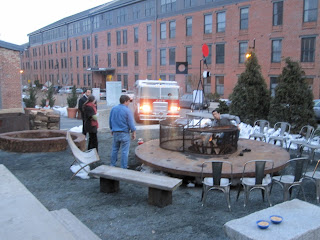 I find events like these to be rather difficult, so rather than just hanging out, I'd rather do something to occupy my time and mind. Before long, the raging fire of the goulash was to my back and the inferno of the grill was in front of me, with Spike and Nelson on the other side handling some of the meat. Bison skirt, Bison tri-tip, and both fresh pork and kielbasa sausage from Ostrowski's.

The fire was intense and before long I had stripped down to my t-shirt in the 40 degree weather. Not too long after that, with the heat of the fires threatening to scorch my skin, I donned my heavy canvas Carrhart jacket to sheild my skin from blistering. Then with food on the table, drinks in their hands and a hot bowl of goulash nearby, things were almost right in the world, but not quite. 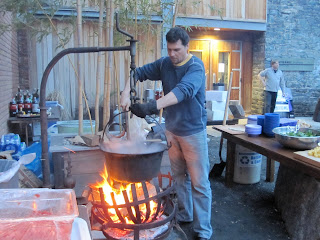 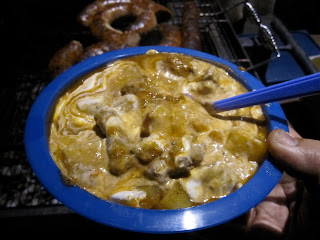 A bowl of goulash in honor of John.
Posted by onocoffee at 11:09 PM No comments: Links to this post