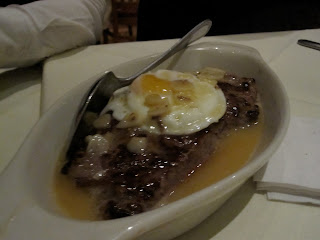 Years ago, Polly turned me on to this little joint in Manhattan's "Little Brazil" called Ipanema. While working in New York during the dot com boom, she used to be a regular here and introduced all of us to the delights of Brazilian cuisine that isn't delivered non-stop on large swords.

Since that time, Ipanema has become one of my "go to" places when in New York. I don't always get here when in the city, but I always want to here because it's just that good. 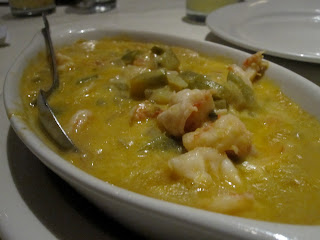 After a long day both on the road and at CoffeeFest, our crew was a bit hungry for something tasty, and since I don't know the finer diners of Jersey, into the city we go!

Like most cities in America, trying to walk into a good restaurant on a Friday night at 8pm is foolhardy. No reservations? Table for five? You're gonna wait - no matter how far you've trekked to eat there. But the food is that good. 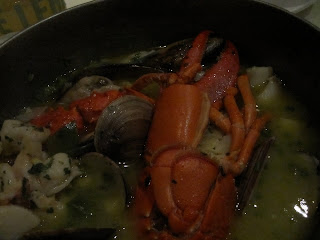 After an hour (or two) at the bar, drinking a steady stream of caipirinhas, we were nicely toasted. The caipirinhas were excellent. Just the proper balance of sweet and salty and everything nice. If they weren't so pricey, you'd want to chug-a-lug them down with reckless abandon.

Accompanying our caipirinhas was a stream of chicken coquettes, grilled beef and fried chicken. Add a side of the extremely firey hot sauce and we're quite okay with the long wait for a table. And good thing too because not too long after we sat at the bar, with our name in the queue, they started turning people away. The food is that good. 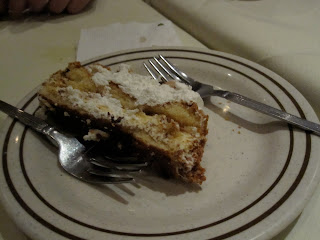 The problem with ordering multiple plates at the bar, along with non-stop caipirinhas, is that by the time you get to your table, you're kinda full. The flavors of Ipanema are plentiful and it's a complete shame not to share the dishes. At first, our server wanted to charge us five bucks per person to share plates - at a total cost of twenty-five dollars. I protested and told him that we just spent the past hour or so at the bar, spent $140 and that I wasn't going to pay the surcharge to share plates.

Even though the food is that good, had our server insisted, I would have walked.

But the food is that good. 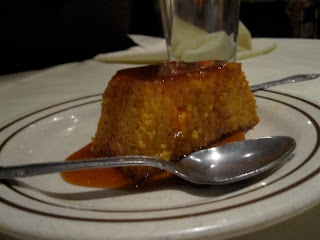 I ordered what I consider to be Ipanema's "Triumvirate" of dishes: Al's favorite Bife a Portuguesa - strip steak grilled and served in a garlic sauce topped with fried egg, Vatapa - a creamy concoction that's my personal favorite chock full of lobster and seafood, and Mariscada - a green sauce based seafood stew of sorts, complete with half a lobster in its shell.

Add on a bunch of rice, black beans and a plate of their delicious potatoes and it's Brazilian Heaven sans Carnivale.

Truth is, while the steak is delicious and the Mariscada fantastic, I could eat Vatapa all day long. 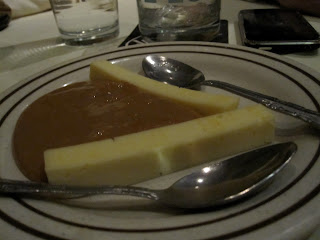 For dessert, we ordered another trio of offerings: the amaretto cake (not bad), the leche flan (pretty decent but with lots of air bubbles), and the dulce de leche with some sort of cheese. The dulce de leche was amazing - sweet with just a hint of saltiness from the cheese.

Rebecca decided to give their espresso a try. No need to comment on restaurant espresso - especially since I've included a picture. 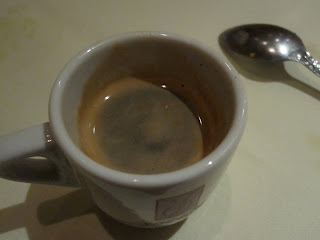 After a while, the staff came by to take our money and "encourage" us to depart. A kinda nice, if odd, way to tell us to get the hell out. Whatever the case, I still love Ipanema because the food is that good. 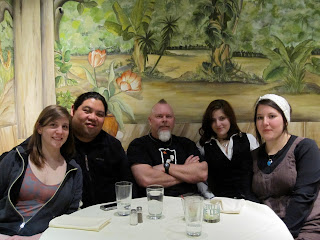