Two Guys Out On The Town 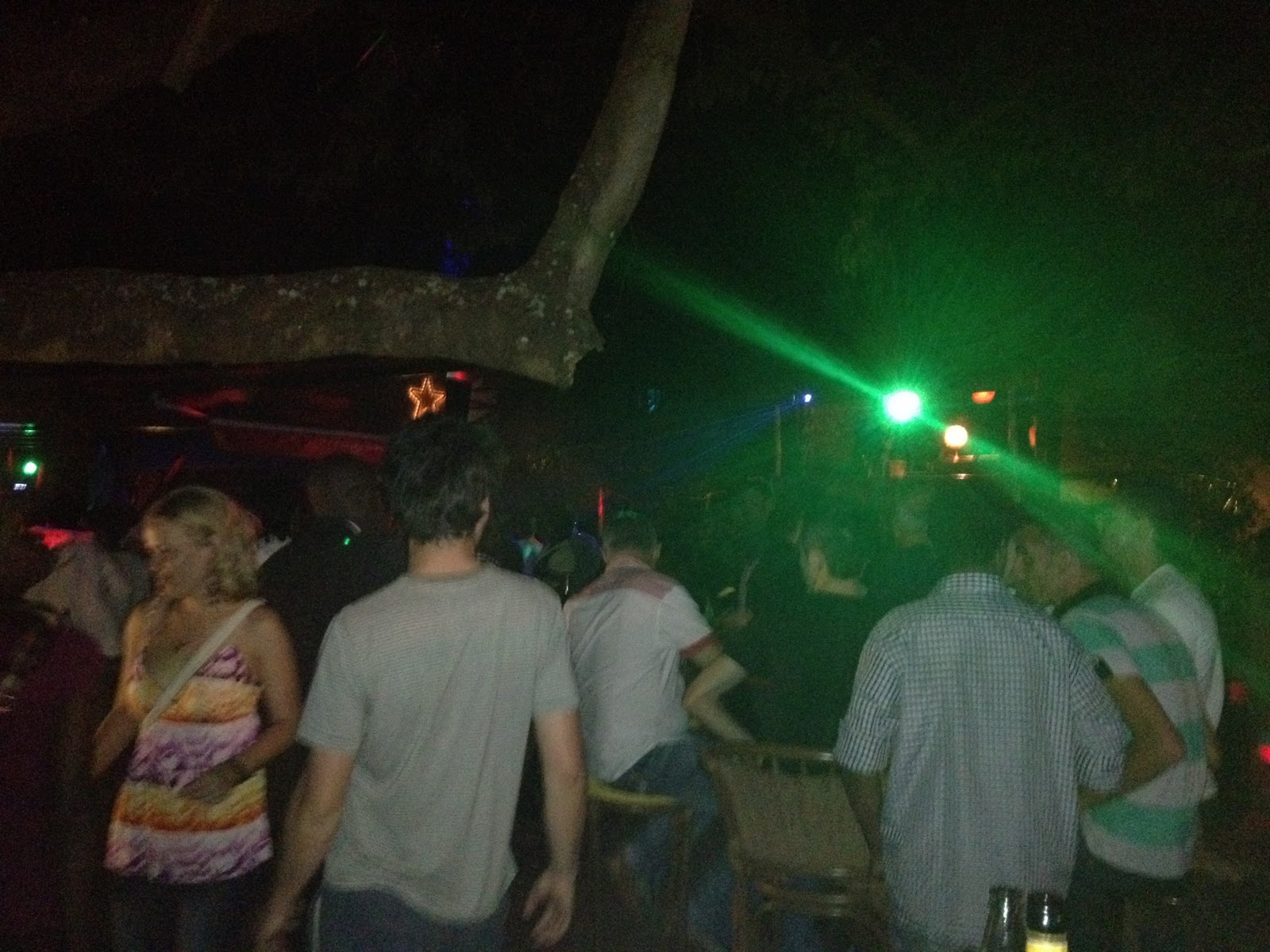 The nightlight is kicking at Cayenne.

It's nearly two a.m., the music is thumping, bodies writhe before us, a plate of grilled meat is half eaten, a bottle of Johnnie Walker Black Label is nearly finished, and for reasons I don't quite understand, I've been smoking a shisha the whole night when a crazy (but very friendly) central Asian dude comes up to our table to offer greetings and shots of tequila.

After nearly a full bottle of Black Label, tequila of unknown origin has to be a bad idea. Somehow, the guy knows my girlfriend lives in Mexico City, asking me to bring back a bottle of tequila the next time I come back to Kampala (as though I'm here every few weeks). The tequila isn't bad - maybe Cuevo Tradicional (or similar). Slightly sweet and tart, and unlike America, there's not a salt shaker or wedge of lime in sight (gracias a Dios).

We've been here for hours and while sitting at our reserved table, I've seen the club go from comfortably open to insanely packed. It's a madhouse in here. And it's the most diverse crowd I've seen yet. Americans, Europeans, Asians, Africans - everyone is here. Including that hooker I see at my hotel bar every night.

That's not to say Cayenne is a hooker bar, because it's not. People of all strata are here - mainly middle to upper class because everyone else can't afford the cover charge. Andreas knows the owner so we're comfortably ensconced at the best table in the house.

It's not the occasional hooker, or the older white men with young African girls, it's the sex tourists that surprise me. Not the stereotypical male hunting young girls (or boys), but rather the new breed of sex tourists: White (American or European) women of all ages on the hunt for real African cock. As one of our friends from the American Embassy tells us, the white girls ignore him (he's also white) because they're looking to get plowed by the fantasy.

Women sex tourists hunting men. If that isn't gender equality, then I don't know what is...

Everyone knows Andy (or so it seems). As we sit there, I meet a wide range of people who come to our table to say hi. Promoters, coffee industry types and one guy who at one point evidently was the head of Mossad in Tel Aviv. I make a mental note not to screw with that guy.

It's interesting and fun but at one point, I find myself asking "what are we doing here?" We're just sitting there, like uninteresting guys. Five years ago, Andy and I would be on the prowl. Shooting and looting. In a place like this, it would be Game On and out of control.

Instead, I'm smoking a shisha.

Two guys, once pirates, now committed, sitting at a reserve table with bottle service and smoking a shisha at 3am. Guess it's time to go home.
Posted by onocoffee at 4:04 AM No comments: Links to this post