The Life of Living Dangerously

Spike and I headed up to New York City under the guise of education but with the secret agenda of sampling new frontiers in cuisine. I'm the kind of person who readily joins a meal just to see what it's all about and, admittedly, I've been to some great restaurants - but usually I stick to one serious meal per evening.

When you're travelling with The Spike (as I would find out), one serious meal is just not enough.

While my recent trip to Los Angeles seemed like a continual feeding with multiple stops throughout the day, our trip to NYC would be more like an assault than simply a meal. The reason for our trip was a Hydrocolloid class being held Monday morning by Aki and Alex of Ideas In Food, one of my all-time favorite blogs. When we started thinking about places to eat, some of the "usual" places came to mind: per se, Restaurant Daniel, Masa and a few others. However, it being a Sunday night and so close to New Year's meant that most of the spots we immediately thought of were either on vacation or closed on Sundays. When we were originally talking about a dinner at per se, Spike threw out the thought of an early dinner at per se and then a late-night excursion to Momofuku.

Not too bad, I thought. Later, I would find out just how bad it could be.

Hurtling north on Interstate 95, and at nearly the same speed, the topic of dinner came up once again and it was decided that we would try to hit Wylie Dufresne's much-lauded chapel to molecular gastronomy, WD-50. But, Spike floated, why don't we hit WD-50 early and then do a later meal at Momofuku around 11pm? That sounded reasonable. I'm game. Entonces, if Momofuku is open until 2am, then maybe we should go to P*Ong beforehand...

Smart people know better than to cram three dinners into one night.

I never make foolish statements about my being smart...

Three restaurants and twenty-four courses in six hours. It was a veritable Gastronomic Tour de Force. Never had I attempted such a feat. Perhaps never again should I ever attempt that feat. The food was stimulating and amazing. Some courses were just "meh", while others absolutely dazzled.

Later, Spike would compliment us on our frugality. It would take mere mortals no less than three days to eat the same meals we ate in twenty-four hours. When you consider that we saved two nights of hotel bills and time lost from work, it becomes easy to see the wisdom in pursuing such a culinary schedule.

Of course, I would pay for that wisdom until 3:30 in the morning and live with the slight queasiness that comes from surviving such a feat until the next nights' dinner at Esca - another full-on attack on a restaurant menu by the Dynamic Duo.

To the casual reader, this may seem like outright gluttony. I would be foolish to try to argue otherwise. However, sin or no sin, it was a tremendous education in food, flavors, service and presentation. Each restaurant had a different approach and different philosophy. Each is well-regarded in its' own right. My palate and understanding of food and service is expanded. And for someone in the food and hospitality business, this is not a trivial matter. But would I attempt a similar Tour de Force again?

As sentient, learning creatures, our species survives through experience and learning from those experiences. One would think that eating three meals in one night and suffering for it would teach that smart creature not to do that in the future. 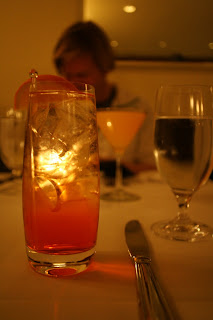 The Opening Round: Venetian Spritz and a Cosmopolitan. 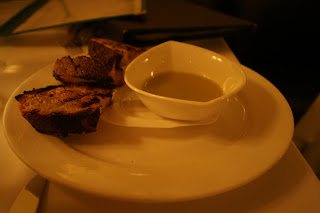 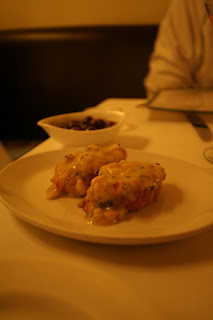 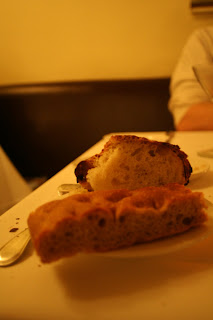 House-made foccaccia and a baked somewhere else sourdough. 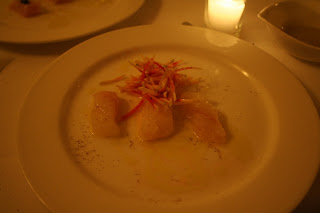 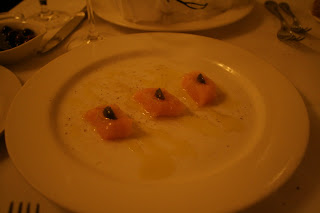 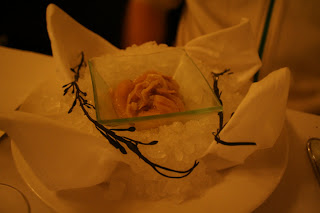 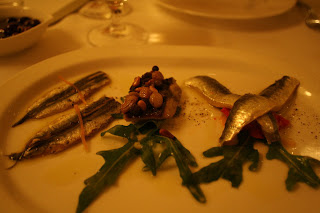 A sampling of Spanish Mackerel. 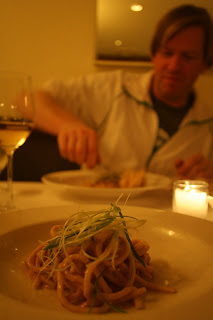 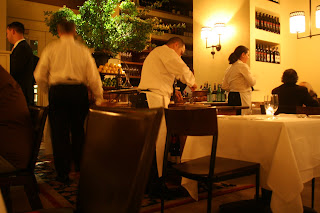 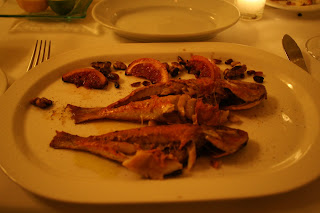 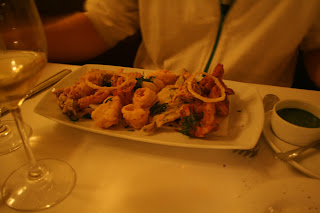 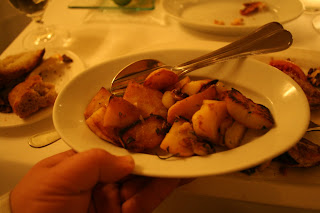 Contorni- a side of potatoes. 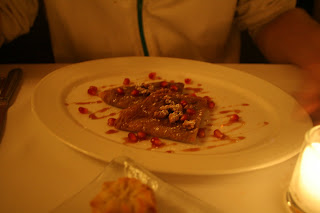 Crespelle - crepe with pomegranites and caramel. 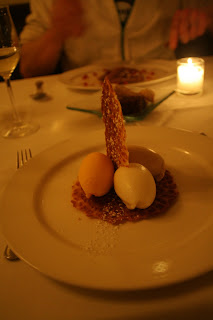 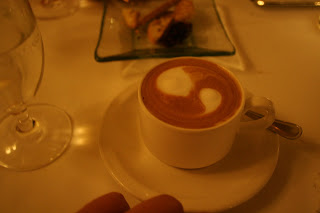 A too hot cappuccino. 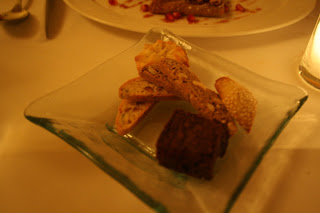 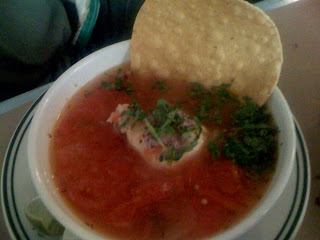 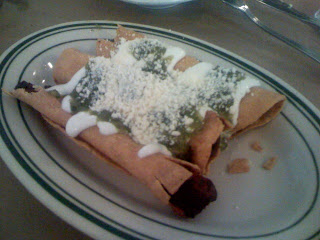 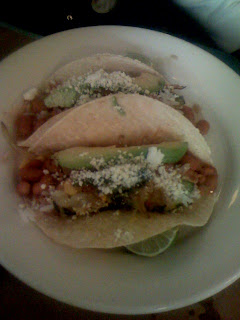 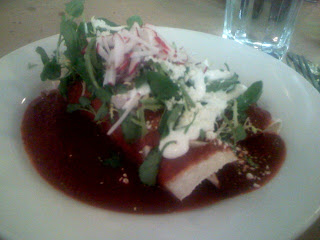