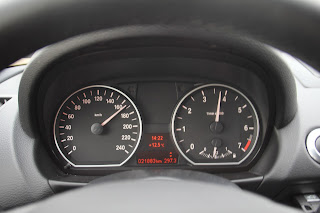 Just a leisurely cruise on the Autobahn.

It occurred to me a couple of days ago on the four hour drive from Bamberg to Berlin just what this trip was all about.

The night before, I made my way down to the Christmas Market in Bamberg and found an unlikely ally in the form of the roasted chestnut guy. Ended up hanging with him for most of the evening, talking story and learning the finer points of roasting chestnuts on an open fire. I had heard it before when he mentioned the Japanese and Chinese tourists who came to Germany.

Evidently, they come to Germany (and ostensibly the rest of Europe) on some sort of Power Tourist trip where they rush frantically across the nation in the span of four days, jump out at the tourist spots, snap photos of themselves at the spot, jump back on the bus and drive off to the next photo op.

I started thinking: am I one of these Power Tourists? I mean really, I'm only in each city a superficially short time. Yes, I'm visiting the places that I want to visit, but can I really get a feel for any place if I'm just jumping cities every night?

It wasn't until the next morning, about an hour up the A9 autobahn that I realized: this trip was never about going to any one city and soaking up the culture. This was about Auto Culture. This was about no holds barred driving pleasure, sprinkled with a nightly Christmas Market and auto manufacturer tour. 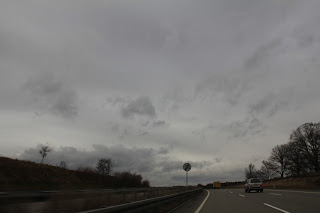 I had rented a nice car, the BMW 118i, that could power down the autobahn easily at 180kph and hold pace at 210kph. I could roll with the larger cars on the autobahn. This was about pure driving pleasure.

I mean, where else in the world can you drive no holds barred? Germany is famed for its Autobahns. Hundreds of miles of unadulterated roadway spotted with runs marked by the white circle and three hash marks that means "all restrictions lifted" - it's automotive glory.

Naysayers (and probably my mom) will say that it's unsafe and dangerous to drive at those speeds. And certainly a crash at 130mph will do some serious damage to you, but these Germans have got everyone else beat.

I'll admit, when I first pulled onto the famed Autobahns, I was a bit scared. In America, the maximum speed limit is 75mph - and even then you're talking about potential fines and even arrest. I imagined that the Autobahns would be populated with crazy drivers bulletin past at insane speeds. That I would be blitzed by a constant procession of Ferraris, Lamborghinis and God knows what else. That my little BMW would be pushed to the side by a barrage of cars whizzing by at dizzying speeds and me fighting in their wake turbulence.

Truth be told, much of the Autobahn runs at 130kph or 80mph, it even drops down to 80kph in many places. So many of the legends of unadulterated speed were just that: legends. But when that white circle with the hash marks came up, oh boy! 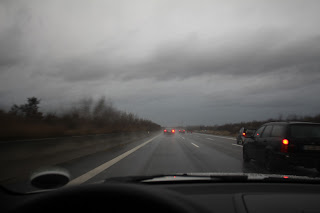 Even the rain doesn't slow down the Autobahn.

It took me about an hour to get acclimated to cruising at 130kph. Then, with a little encouragement of some enthusiastic VW Golf drivers, we were suddenly pushing 180kph, then 190kph and then 200kph.

Before I knew it, that 130kph had transformed itself into 130mph.

At the car rental counter, the pretty agent told me that for 65 euros more she would rent me a BMW 650 convertible. Tempting. But I knew I would be visiting the center cities in Germany and a long, slender (and fast) car seemed impractical for street parking. The BMW 118i would suffice.

It's smart thinking for city commuting, but on the Autobahn you start to wonder what it would be like to boom past 200kph with a commanding roar of Bavarian power.

Past 180kph, the 118i pulled steadily to 200kph. But to push it up to 210kph took a bit longer, and then to push it past 210kph showed that it would take longer that I had steely nerve or available roadway.

Even at 200kph, the occasional Mercedes or Audi, or even Skoda, would blow by me with serious vengeance.

At a steady cruise at 200kph, I started to wonder: what are my tires rated? You hear stories of tire ratings and how tires can fail at prolonged high speeds. Could these sustained speeds cause the wear and destruction of my tires? What kind of injuries (or pernicious death) would I suffer with a blowout at 130mph?

I then started to wonder if I should have checked my tire pressure too before taking off today. Even as all these nervous thoughts filled my mind, I pushed them back with the notion that the engineers at BMW have anticipated all of this. They're used to driving at these speeds across their nation, they would have taken this into account and designed the car (and its tires) for just this kind of automotive exercise. I wonder just how much farther than 210kph I can take this...

The night before, I was sitting in the passenger seat of Wolfram's Audi S6 station wagon after a night of big, German beef and lovely wines. We were blasting along a two-lane divided highway, in the dense fog, at 250kph (that's about 155mph). I gripped the "Oh, Jesus" steps and feigned indifference.

During our conversation on that wild ride home, Wolfram related to me why this wasn't just okay but actually safe. Each highway side marker was spaced ten meters apart. Even in the dense fog, we could see five markers at a time, meaning that our visibility was 50 meters. Perfectly fine for our sustained speed.

He also explained the training involved in order to earn your German drivers license. Months of training and education, combined with a thorough understanding of the driving characteristics and physics of other road vehicles, such as trucks, busses and motorcycles. Add to that the insanely strict driving laws and very tough enforcement, which translates into Germany producing what is arguably the best and most disciplined drivers in the world.

For example, there's no passing on the right in Germany. Put the law aside, people go absolutely apeshit if you pass them on the right because it's insanely unsafe. And the speed limits are non-negotiable. As the limit drops, so do the drivers. 80kph means everyone is driving 80kph. A few kilometers over the speed limit can easily mean a 30-day license suspension. A few violations could mean revocation. The Germans are serious about their driving laws. 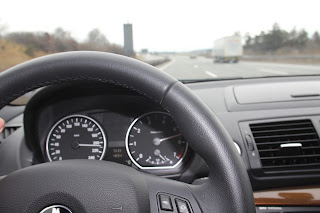 In America, driving 130mph isn't inherently dangerous. In fact, I'm not worried about driving at speeds pushing 100mph. But what scares me at those speeds are the rest of the idiots on the road. Check out the jag-off in the left lane cruising at 55mph. He's there and he's going to stay there because, in America, driving is an entitlement.

Not to mention the driver in the right lane who's not paying attention and is not just going to move to the center lane, he's going all the way to the left without looking. It's his God-given right to do whatever he damn well pleases and when you crash into him at 95mph, you're dead.

In Germany, no one cruises in the left lane. Trucks, big vehicles and slow vehicles are required to remain in the right lane. Dudes who's cars can't get past 200kph stay in the center lane, and anyone who strays into the left lane knows to keep their eyes open on their rear and to get the hell out of the way.

On the Autobahn, you know that those vehicles are going to stay to the right. They're not moving left, and if they are, they're going to be looking for you. 200kph is no problem.

But it takes an enormous amount of focus and energy to drive at plus 200kph speeds. You've got to be on point and completely aware of everything and everyone around you. One wrong move and it's Game Over.

One might think that at 210kph, it'd be peachy keen in the left lane. Not so. At 210kph, you're still not the fastest vehicle on the Autobahn. Just outside of Hannover one night, I was passing on the left lane at about 200kph when I was blitzed from seemingly out of nowhere by a hyped up 5 Series BMW. He was coming at me so fast that I barely had time to process what I was seeing in the rearview mirror and move the hell out of his way.

Wolfram, who routinely cruises at dizzying speeds, agreed with me. It's fatiguing to drive at those speeds but, he noted, that at speeds above 240kph, you mainly focus on what's in front of you - because the cars cruising at plus 250kph are few and far between.

Needless to say, I didn't experience that on my trip.
Posted by onocoffee at 11:33 PM No comments: Links to this post