There's something in the air, but I'm not sure what.

I've arrived in Bogota, Colombia and the moment I stepped off the aircraft my nostrils were filled with the acrid aroma of something somewhere burning in the distance.

Maybe it's not something burning but it's an aroma that I´ve smelled around the world, grown accustomed to and find strangely comforting. Maybe it's my years of fond memories in the Philippines that maintains this friendly reception towards this aroma but whatever it is, I feel comfortable and at home with the aroma filling my nostrils.
Posted by onocoffee at 1:53 PM No comments: Links to this post 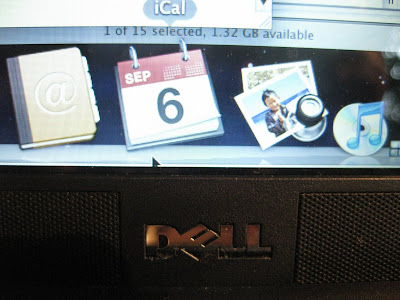 Mac and Dell - I Love my bastard child.

Since my childhood, I've been an Apple user. Starting with the Apple II+, then the MacSE, PowerBook 180, PTP225, G4/500MP, iBook and numerous assorted minis - in all, that's over 25 years of using Apple computers.

Recently, I made the decision to buy a Dell Mini 9 and hack it with Mac OSX and it's been an interesting experience. Some people, like the United Flight attendant, think it's pretty cool, but there seems to be a darker force at work here.

For generations, Mac Users have been the pariah of the computing world. We've been the minority and like minority populations, we've been berated and made fun of. As such, we can be an insular group that eschews the world of PCs and pooh-poohs on those who choose Windoze.

The general camaraderie I experienced with Mac people has turned harsh. Those other users who saw me as a kindred spirit only see the "Dell" logo emblazoned on the netbook lid and immediately turn vicious. "What's that you're using?" they say with no hint of comfort. As though I've betrayed the clan by journeying to the Dark Side.

That suspicion isn't quelled when I show them and speak enthusiastically about how OSX ports to the Dell. I can see it in their eyes, sure it's a Mac Operating System but it's still a bastard child. It's an abomination and not the Pure Blood Apple that it should be. It's genes are tainted and, therefore, can never be fully trusted or accepted.

As I venture to South America today, I will be taking my mongrel machine with me. It's tiny form and long battery life accompanying me on the long journey with episodes of Hell's Kitchen and copies of Inglourious Basterds, District 9 and Star Trek (I would have brought 500 Days of Summer, but it's not on BitTorrent).
Posted by onocoffee at 10:02 AM 2 comments: Links to this post 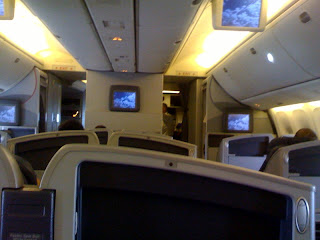 Posted by onocoffee at 9:57 AM No comments: Links to this post 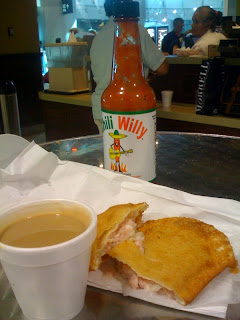 Posted by onocoffee at 9:41 AM No comments: Links to this post

It's just past 3am here in Baltimore and I'm stuck. After a long day with my nieces and family celebrating my aunt's birthday, then dinner with Anisha and a birthday beverage hang with The Bob, I'm sitting at home struggling with exhaustion and fatigue and I don't want to sleep.

My flight to Miami this morning is at 6am, which means I have to check-in by 5am and leave my place no later than 4:30am. Do I sleep for 50 minutes and risk not waking up and missing my flight? Or do I hang in there, dying to sleep and just wait it out until it's time to leave?

Knowing how many flights I've missed because of similar circumstances means that I'm waiting it out.

I hate early morning flights and these flights to Latin America are the worst. Whether it's Mexico City, Managua or Bogota, it's always the first flight out to catch the one flight down south. It's horrible. I always try to schedule my flights as late as possible in the day to avoid these circumstance but sometimes, it just doesn't work out to my ideals.

At least I'll be tired enough that I can, hopefully, sleep most of the way to Bogota.
Posted by onocoffee at 3:19 AM No comments: Links to this post