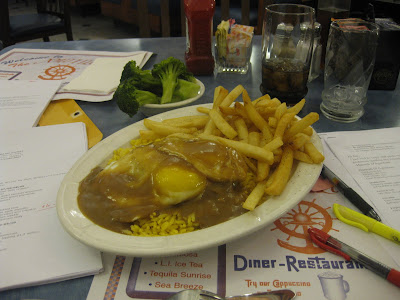 With the somewhat, sort of, impending opening of project hampden (it's still like four weeks away - at least), the time has come to seek out new baristas. Surprisingly, posted notices of a barista opening to CoffeeGeek and Barista Exchange yielded zero results, so it's time to turn back to Craigslist.

Craiglist has become my economic barometer of sorts. A year ago, it wasn't uncommon to place a Craigslist ad and receive a few candidates. I even had one round of Craigslist postings where I might have received fifteen applicants, none of whom panned out.

Perhaps the world has changed and it's suddenly become chic to be a Barista but after three rounds of Craiglist ads since April, I've steadily been deluged with applicants in an ever-rising tide. The most recent posting has resulted in over 65 applicants.

How does one sort through this many applicants? It's tough.

Years ago, at Jay's Shave Ice, we had a system where the current staff reviewed the applicants and gave their recommendations. Back then, we used to field roughly the same amount of applicants for summer positions. Today, I no longer have the large staff of Jay's Shave Ice and am wading through the applicants by myself.

Which is how I found myself at Nautilus Diner tonight in Timonium with a pseudo Loco Moco to keep me company whilst I pour over the latest applicants. The goal: hire on a qualified staff of baristas to begin training this weekend.
Posted by onocoffee at 11:55 PM No comments: Links to this post