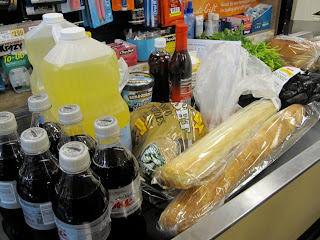 A load of groceries at Wegman's.

Over the years, I've cooked dinner for two hundred people, prepared food for multi-course gastro tasting dinners and a bunch of other intense dinners and food experiences. But nothing was more stressful than today's dinner.

Making food is fun. Cooking is fun. But cooking dinner for someone who knows food probably better than you is ill-inspiring. I nearly broke into a cold sweat running around like a headless chicken at Wegman's.

Breathe. Calm youself. You can do this. This is child's play, I told myself. 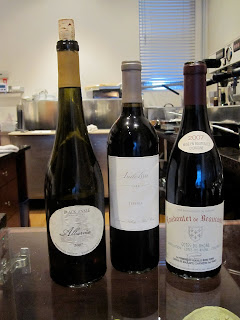 And really, I had planned a simple meal. Simple classics. Nothing too intricate to execute. I would rely on easy stuff: stuff I had made before - with the exception of the Mushy Peas.

Mushy Peas? What in the Hell are Mushy Peas? I had never heard of it before. A Google search led me to a recipe. Seemed simple enough. Maybe I could make it in advance and hold it at temperature? Why not.

And after lots of food, three bottles of some of my favorite wines and long conversations that lasted late into the night, I'd like to think it was a nice dinner - even though I had to substitute Russet potatoes instead of the GPOD70 potatoes I prefer for frites. 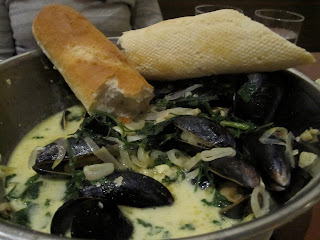 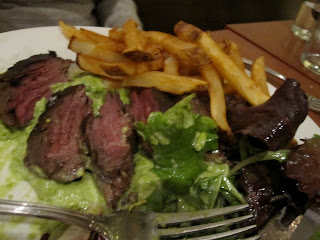 Hangar Steak sous vide then seared in butter.
Posted by onocoffee at 11:59 PM No comments: Links to this post