Getting It On In Spanish 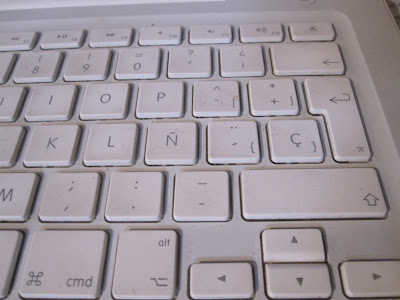 A few years ago while I was in Tokyo, I thought how cool it would be to own a MacBook with the Japanese characters on the keyboard. I never did get around to buying a laptop there and I never thought about workflow using an unfamiliar keyboard. 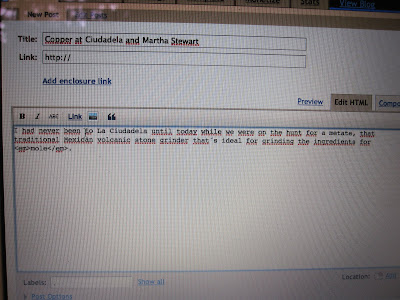 All My English Belongs To Spanish.

That's when it goes to hell. Suddenly, you're faced with lots of unfamiliar keys, keys out of place and your typing speed plummets. However, if you like to write Spanish words the macrons and tildas that are missing from an American QWERTY keyboard are all there. It's like magic.

Then there's the spell check. The blog is written in English. The MacBook is Spanish and 98% of the words that I write are marked for spell checking. Weird.

I think in an ideal world, I would have two MacBook Pros. One English and one Spanish, just because.
Posted by onocoffee at 2:05 PM No comments: Links to this post