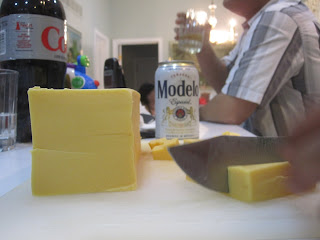 At my core, I'm a very simple creature. I grew up in 70s and 80s America. An immigrant family, we ate cheaply and I grew up with very simple fare: Lipton iced tea, cheap cuts of meat and Kraft macaroni and cheese. For many years, I didn't know one could have a mac-n-cheese that wasn't orange.

So, when I finally got around to learning about food and cuisine, I found the upscale mac-n-cheeses, with their fancy cheeses, to be interesting and good but not as soul satisfying as that commercial orange mac-n-cheese. Yes, one could make a deliciously tasty mac-n-cheese with a bechamel base, four cheeses, lardons and penne pasta, and I can whip that up without a second thought, but it's the orange mac that's eluded me. 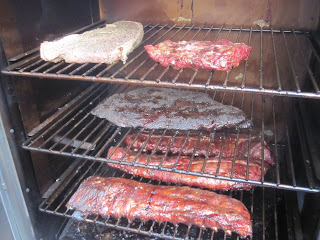 A smoker full of barbecue.

Eluded in the fact that the world now revolves around easy to make macs, like Easy Mac or instant mac-n-cheese. And while those can be decent enough, nothing is quite like the days of boiling the noodles, adding butter and milk and that orange cheese powder. Now, that's Classic Americana!

I've always fantasized about making the true down home, could be nasty and definitely bad for you, mac-n-cheese but never had the opportunity, until now. With a group of our friends guaranteed to eat it, we set out to making this Ultimate Mac-N-Cheese: One large block of Velveeta, 3 liters of macaroni, half a stick of butter and 1/2 cup whole milk. Stir it all together and eat with a spoon! 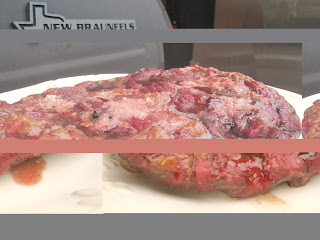 On order for the evening is a taste of the old school Ono Grill. Some baby back ribs, a little brisket, a sirloin and a skirt steak and it's nearly non-stop meat. Want some veg? Does Velveeta Mac-N-Cheese count? As it goes, it's a couple of slices of this, a scoop of mac and a drink. A little while later, it's a scoop of rice and a couple of ribs and some sauce. Want dessert? There's more Mac-N-Cheese, and I think there's some cold, sliced watermelon somewhere nearby. 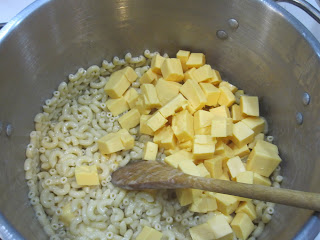 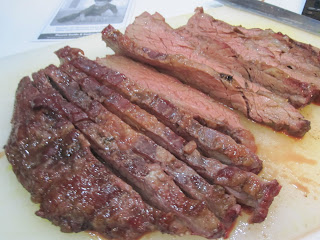 Skirt Steak: All Sliced Up! 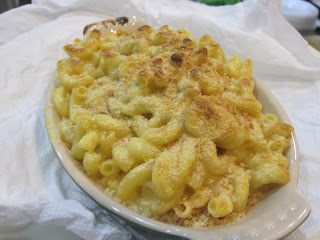 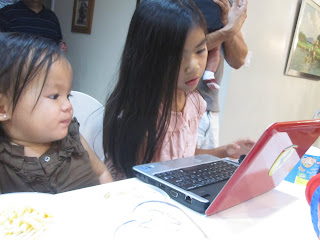 The girls watch Yo Gabba Gabba! 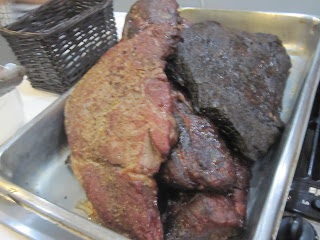 Smoked sirloin, beef brisket and racks of short ribs.
Posted by onocoffee at 10:45 PM No comments: Links to this post