The Best Time For Disney 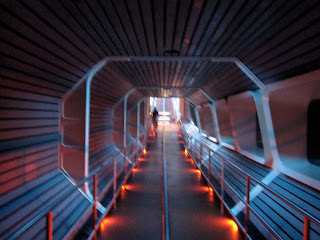 The Line at Space Mountain.


Those of you who have been to any Disney park know one thing: long lines. Waits of over an hour for almost any ride or attraction are the norm at the park. It's part and parcel of the experience.

Ever wonder what it would be like to have the park to yourself? To not wait an hour or more? To ride Space Mountain more than once per day?

Turns out that Labor Day and the week following is the slowest week of the year at Walt Disney World. And when I say "slow", I mean "SLOW".

Not to say that the park is completely empty. There are people there. But nowhere near the crowds you see in December or July. Lines are almost non-existent and those Fast Passes are nearly useless because you're not waiting longer than ten minutes or so.