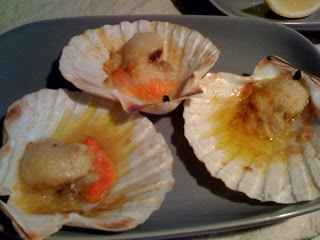 I read somewhere that Croatian chefs and restauranteurs are rather exasperated by their peoples' eating habits. Unlike the United States where we eat Three Squares a day - all within specific timeframes, it seems that the average Croatian eats whenever they damn well please. Which means if he's hungry at 2pm then that's when he eats. Damn what the Americans do.

It's like the French. Try eating dinner at a restaurant in Paris before 7pm and you'll know what I mean.

In Croatia, there's breakfast and then lunch just kinda happens somewhere in the middle of the day - and never around noon as it would in the United States.

On a typical day in Zagreb, we would depart Eli's Caffe around 3pm and make our way to the Casa de Orosi where Eva was busy preparing us what I've come to believe is the typical "Croatian Lunch".

And it's not for the feint of heart. 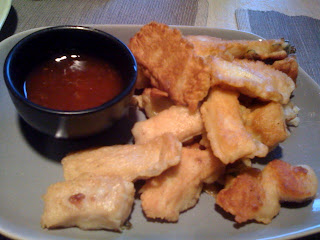 Croatian cuisine is a mish-mash of Balkan, Mediterranean and Italian influences. Seafood, tomatoes, pastas, meats, olives, veggies and cheeses all come together on the Croatian table. If you're like me and enjoy a variety of flavors and textures during your meal, Croatian food is absolutely sublime.

Throughout my stay, we talked of visiting classic Croatian restaurants like Balthazar. But with Eva cooking such wonderful food at home, why bother?

Since I spent my mornings availing myself of the runny yogurt, granola and octopus salad at the complimentary hotel buffet, I don't know what normal Croatians ate for breakfast, but by the 4pm lunch, I was hungry. It seems that Croatians wait this long because they know they're not going to be disappointed. 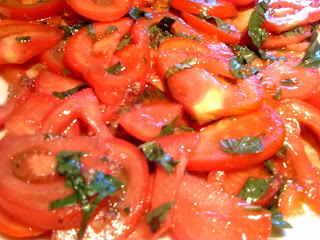 Our meal started off innocently enough. Some fresh baked baguettes served with premium olive oil, tomatoes in balsamic and basil, some delicious fried white fish and a zesty arugula salad. Vegetables so fresh that you just cannot get enough. More oil on the bread, more tomatoes, more salad.

Then there's the scallops roasted on the half-shell with butter, lemon and parmesan cheese. Immaculate. So divine you've given up propriety to slurp the remaining juices from the shell (thank God they're close friends).

Toss in some salty olives and you're just in heaven. It's beautiful. You're in the middle of the Capital City, it's hot and barely breezy with a bottle of Ozujusko beer in your hand and you couldn't want for more. In fact, you're so lulled into submission that gorging on the rest of the tomatoes is a luxury worth killing for. 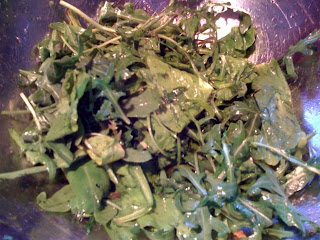 But it doesn't stop there. Suddenly, you're jerked from your submission with the arrival of the langoustines. Bathed in a succulent tomato sauce, you can't believe your eyes. There's more. You're already full. You've eaten too much bread, tomatoes and olives with scallop juices. Deep in your heart, you know you shouldn't go on, but you can't say no. The lure of the langoustines are too much for one man to resist.

It's a messy operation as you tear apart the langoustine and suck the juices out of its' head. The zing of the tomatoes paired with the creaminess of the tomalley: Oh God - it's too luscious for words.

The mixture of tomatoes and langoustine juices trail down your forearms and you want to just lick them off with your tongue. It's what Jesus wants you to do. But then you remember that you may be close friends, but that would still seem weird as you reluctantly slow your pace by reaching for the napkin. 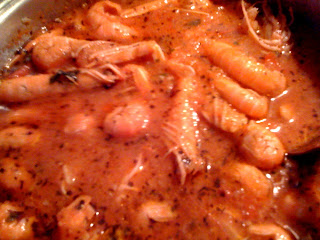 Getting the slightly mealy meat out of the shell is tricky business. It's not as easy as shrimp and not as simple as lobster. It's tricky, but in desperation, you make it work.

Moments later, a bowl of freshly boiled fettuccine lands on the table. It's meant to be mixed with the sauce and eaten. The combination of langoustine and pasta is perfection. The only problem is that you're reaching your breaking point. This sustained level of eating frenzy cannot continue unabated without serious repercussions. It's time to slow down, say "thank you for the meal" and be done with it. Sensible minds will prevail!!! - at least until you're handed your next bottle of Ozujusko. 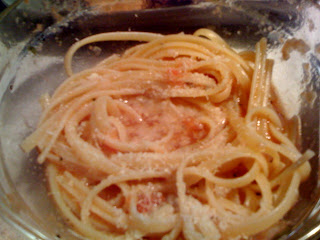 In the world of high-end, fine dining, you become accustomed to a certain pace between courses. Here in Croatia, it's a rapid-fire staccato and suddenly: BOOM! Another course lands in front of you. Your full stomach wants to reel back in horror, begging you to say "no." That is, until your eyes are enflamed with images of succulently roasted pork being served with gnocchi and pancetta - and who wants to say "no" to pancetta?

Smashing. The pork is decadently tender, the sauce delicate with the pancetta adding a delightful saltiness offset by the gnocchi. The meal is too much for this hapless traveler, but it would be wrong to say "no" and not experience this taste of Croatia in all it's glory. After all, this is the food that led a nation to victory. 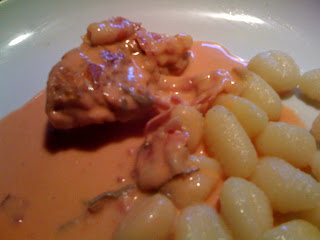 Later, as we lounge in the parlor, nearly comatose, with music videos from Italy's GAY.tv lulling us into an afternoon nap, I ask Nik if this is the typical Croatian meal. Evidently, it is. For this American, it seems excessive. But when you realize that breakfasts are small and they won't eat a meal later (what we call "dinner"), this kind of meal seems perfectly reasonable.

Afterall, we'll be up and about in an hour and heading out on the town until late. Not a bad way to live in the Capital City.
Posted by onocoffee at 10:35 PM No comments: Links to this post