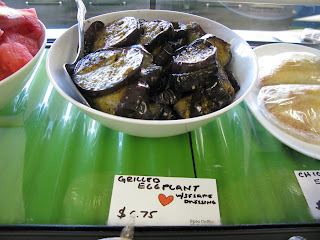 Sometimes you're on the money. Then sometimes, you're just off and your timing is poor. This week has been the latter.

This week at The Spro, it's been me. Just me. All me and no one else. For one week, I've been single-handedly running the ship while the rest of my staff is enjoying a much-deserved holiday. Soon, the other girls will be back from their summer break or from summer vacation and I'll be back on the road but for now, it's just me (and Allie on the weekends).

Like I said in a previous post, I wanted to celebrate The Spro's 2nd Anniversary with a fun food menu. Only this has been the worst week of the summer as everyone and their mother is currently on vacation. Traffic on the streets is extremely light, foot traffic in the library is down, the weather is beautiful and as a result, sales are down this week. In other words, this is a crappy week to make menu additions. 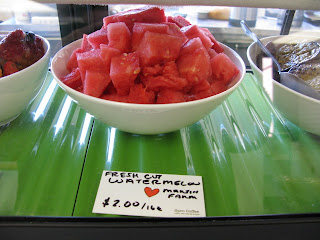 So even while I ended up cutting most of the menu I was planning, I was hell-bent on carrying some of it forward. The results were decent to spotty to good. If only we had more people come in and actually give it a try.

Maybe the problem of suburbia is that its' denizens want things to be uniform and the same. Always. Change is tough for people. The Spro has had a basic selection of goods for the past two years and many customers don't know how to react when something is different. Maybe it's an affront to all that's comfortable and familiar in their world. Even after nearly ten years of plying my trade in the 'burbs I still don't know. Or at least I don't "get it."

I'd like to believe that we strive to bring a high standard to what we do everyday. I work very hard to deliver high quality product from thoughtful and passionate producers in a setting of friendly hospitality and I have to say that there are moments when I question why? Why do I give a shit when so many of the people passing through our doors don't? So many of them are content to accept the crap being served at 7-11, the chains or commercial - just so long as it's cheap and there's more than you can eat for $1.99. 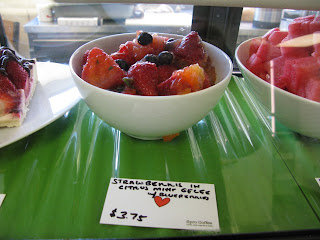 Why is it that when I reflect on this, I hear: "Oh, that's kind of expensive" from the itinerant customer. And while I chat and remain friendly and accommodating, in the back of my mind I think: because quality costs something you cheap bastard. And we're only talking about a $1.50 pressed coffee or a $2.00 cupcake. Go down to the "cupcake shop" and you'll get a $3.00 mass-produced piece of sludge that's being refrigerated to extend its' holding time while being told that it's some sort of health department regulation.

I'm not bitter. I mean, not really.

All of this came to a head in my mind as we were offering our anniversary tacos. Some of my colleagues in the coffee business will probably be wondering why we didn't do something coffee-related. Quite simply, because that's too obvious. We're an espresso bar. That's what we do. Let's try something out of the box to celebrate. Something odd. Something weird. Something quirky. 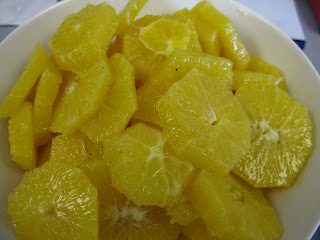 Maybe because it's been slower than normal this week, leaving me more time to focus on those who weren't fortunate enough to go on vacation this week like the rest of Baltimore, but it all started when one of our customers commented that the tacos were expensive for the size. Normally, these kinds of comments don't bother me, but maybe I'm fatigued or maybe I've just had enough, but in my mind, something snapped.

It hit me like a ton of bricks while I was working the line: why the fuck do I give a shit about these people?. I bust my ass to travel, taste, sample and learn so that when we offer our customers something, it's gonna be tasty and authentic. A true representation of what that product is all about - not some cheap imitation produced for the masses. I'm not expecting thanks or idolatry, but is expecting a level of open-mindedness and appreciation and expectation for flavor too much to ask for? 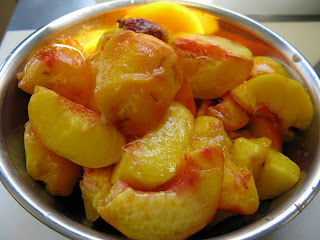 Skinned and sugared Peaches from "The Orchard" ready for freezing.

Comparatively, it costs The Spro a lot to operate - especially when you consider the approaches of the normal indie coffee shop. Those guys will take any quality of product and toss it on their menu to be served by whomever comes walking through their door with an application. I just don't do that. In fact, I can't do that. My standards don't allow for that level of sloppy execution. Our ingredients have to be of top quality. We're not looking to buy everything frozen and in a box from Sysco. We want to work with local producers and purveyors offering thoughtful product of crazy quality.

And we're willing to pay for it.

Take our milk, for example. It costs us $5.50 a gallon. One look at a recent thread on a coffee industry forum and those schmucks are talking about where to buy the cheapest milk possible. That there's economy in driving a half an hour to some Sam Kirkland Warehouse store to save ten cents on a gallon of commercial milk that's costing them $3.35. Our milk costs two dollars more because it's thoughtful and sustainable, and it's some of the best darn milk you've ever tasted.

Of course, then there's the one specialty coffee operator I know who was once well-respected in the business give some sort of lip service about how his commercial milk tasted better in blind taste testing when the reality is that it's just easier (and cheaper) to use the commercial stuff (I know, I used to use the same milk). Need a case on demand for tomorrow? The commercial milk is there. Need a case from my creamery? They only come down once a week and it's a two hundred dollar minimum. 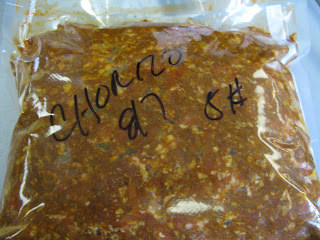 Working with quality purveyors isn't inherently easier, in fact they're always small operations who don't have the resources of a commercial producer, meaning you've got to live with certain idiosyncracies and plan around them.

As I look around our industry, so many operators just don't give a shit. They offer whatever products to their customers because they're willing to buy it from them. I don't. I know I can sell a twenty ounce latte, but why would I? Just because everyone and their mother is selling it? Does that also mean I might as well stop showering like everyone else? 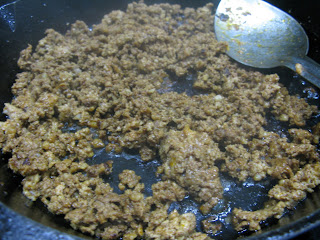 Maybe my problem is that I respect the customer too much. I have an expectation that my customers will also appreciate the same level of quality and care that I do. Unlike some of my colleagues, I don't dismiss them as some sort of suburban, soccer mom, chain-eating, brain dead nobs, I believe (or at least want to believe) that they are appreciative, open and enthusiastic customers open to trying new and exciting things, and not just frappuccino drinking simpletons inoculated from the world by their suburban existence.

In the cultural void that is suburbia, it's a constant battle to educate our customers. To let them know that the alternative to Dunkin Donuts coffee can be a wonderful experience. That there's value in spending a little more and getting a lot more out of it. And the truth is: many of customers are just that. They're open-minded and willing to try something different. But it's always the naysayers that grate on you the most. 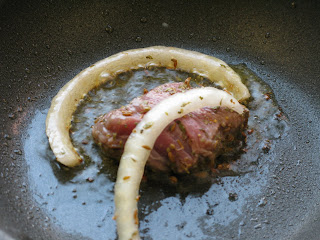 But I should stop griping. I mean, they're not all bad. Take the couple who came in for tacos. They loved them and found them truly authentic. Of course, this is the same couple who's traveled extensively through Latin America and last year adopted a young daughter from Guatemala. Perhaps not The Spro's typical customer who thinks a proper taco should come in boxes of six or twelve.

As I stood there, stewing in my own misery, I wondered if other operators ever felt the same way I do. Or are they just contented to take the money and run? A part of me thought that we should just pack it up now. Shut down. Sell the fucker. Or better yet, change everything to the same low-quality crap that all the other coffee shops around here use. I don't need to spend a month training a new barista. No one will notice. Our profit margin will increase. And we can move forward offering a 32 ounce drip coffee for $.99 while using half the amount of coffee to brew.

Yeah, I might as well slit my throat while I'm at it. 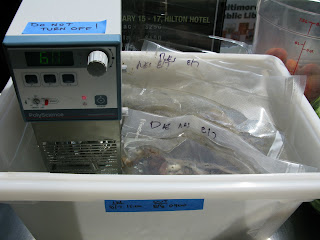 But I digress. That's just too much bitching. And I know most people just don't care.

I hear you: Stop your whining you little panty. You're right. Poor me. Woe is me. Stand up and be a man. Stop being a sissy about all this. You don't care about all of this self-realization shit. What you want to know is: how was the food?

Can't say it was the best I'd ever done - though I tried. The Strawberry Terrine didn't hold out of the mold and became "Strawberries in a Citrus Mint Gelee." Business was slow so I nixed most of the weeks' menu and went with a couple of simple dishes like the Roasted Eggplant with Sesame Dressing, Oranges Fred and Chorizo Tacos. 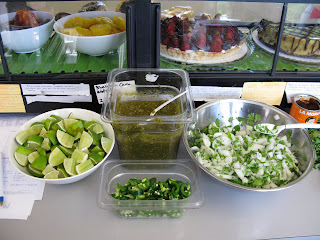 Actually, they were supposed to be my take on Tacos Campechanos, a filling of pork chorizo and shredded beef, but I screwed it up.

I thought it would be cool to use sous vide to cook the beef and developed a recipe using cumin, oregano, garlic, onion and lime juice. Mix it all together, vacpack it and sous vide for eighteen hours at 62.5C. Beef glory was my destination. Outright failure was the result.

When we took it out of the bag, the collagens still hadn't broken down enough to shred easily and the meat was dry. I screwed up. I think it was the lime juice that dried out the meat and it was just terrible. There goes five pounds of cubed beef down the drain. Dumb.

But while the beef sucked, the chorizo turned out as expected. I was looking for a classic chorizo flavor and some of the recipes I had tried in the past were just too heavy on the ancho chiles, so I worked up a recipe that I think works, and here it is:

Puree herbs, chiles and vinegar in a food processor to make a paste. Add water to paste to desired consistency. Press paste through a sieve to remove particles and mix resultant sauce with ground pork. Allow to marinade for at least two hours (better overnight). Cook and serve. Can be made into patties or piped into skins. Can be frozen. 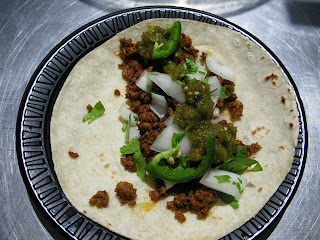 For our tacos, I just used a very simple, Mexico City style approach. Par cook the chorizo and hold in a bain marie, finish on the griddle while heating the tortillas, add some chopped onions and cilantro, salsa verde, chopped jalapeno and serve.
Posted by onocoffee at 11:58 PM 1 comment: Links to this post