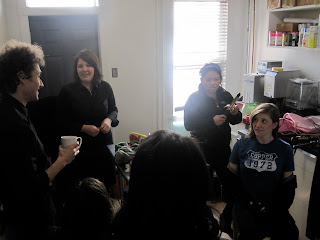 Every now and then, I like to gather my crew together for a "cast photo" of sorts. While most baristas and coffee people want to photograph themselves doing something coffee-related, I don't. The interesting thing to me about my people is their interests outside of coffee. Someone that's wholly focused on coffee and nothing else means their probably a "geek" and increases the chance that they're unable to interact socially. I've met many people in the coffee business that are so focused on coffee that they're literally unbearable to be around in a social setting. 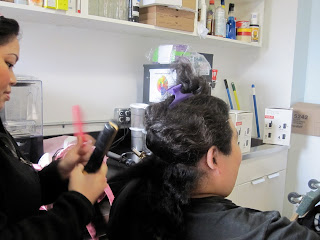 Even I succumb to The Chair.

Anyone can sit around an "be" coffee. I want to see the crew from a different perspective, which is why we've never followed traditional models of everyone standing around in a group setting. I see our lifestyle as glamorous - we work with some of the best ingredients in the world and are pursuing the highest levels: the essence of glamour. 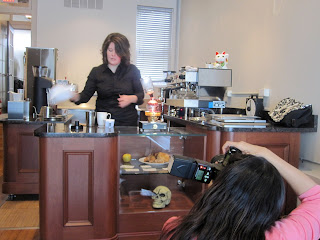 Awhile back, Tilly (knowing my penchant for dramatic photographs) asked me to keep her in mind to shoot the opening of project hampden. I've come to admire her work and her eye for details. While her main focus is children's portraits and weddings, the images I've seen from her portfolio show a unique perspective and I was thrilled when she asked to shoot for us. But rather than just shoot the opening, why not shoot our opening crew? 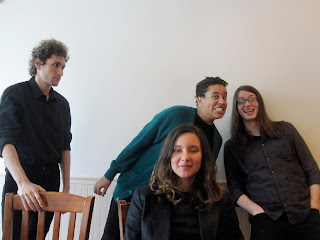 A little time between setups.

I think deep down inside, each and every one of us knows that we're hot and sexy. But our repressed, puritanical society (with its stupid ideals on what's hot and what's not) force most people into self-hate and loathing because they don't "conform" to those malnourished, famine-stricken ideals of fashion and beauty foisted upon us by 7th Avenue and Hollywood. Meaning that most people live their lives feeling fat and ugly. Well, FUCK 7th Avenue and Hollywood. Fuck them and their mores. There's a world of hot and sexy people out there and I want them to be unleashed! 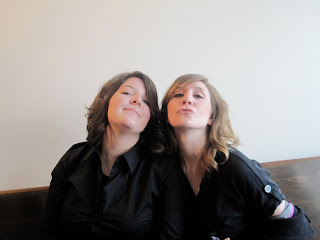 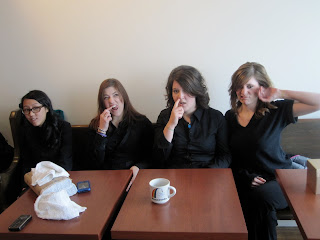 The height of glamour. 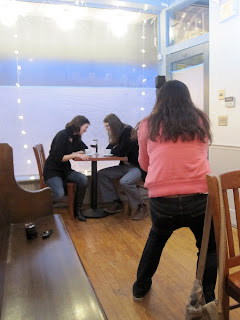 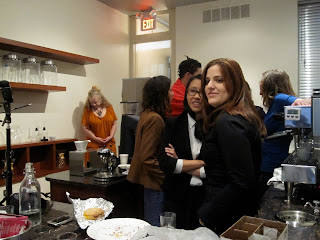 Kimmy and Lindsay waiting their turn. 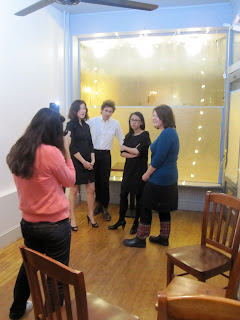 Getting "The Treatment."
Posted by onocoffee at 11:03 PM 2 comments: Links to this post