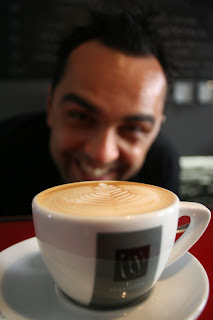 
The heat has abated slightly here in Zagreb, but fucking hell this city is ablaze with women.

On my first real day exploring the city, no matter where I go, or what time it is, the women here are absolutely stunning. Especially around Trg Bana Josip Jelacic, which is the main square where most of the city's trams make a stop. Day in, day out, the locals come and go - and with the heat of summer, the girls are out and about in proper hot weather attire. Lovely.

It's times like this that makes me wonder why I ever thought about getting serious with someone.

I seem to go through phases of: "yes, I'm ready to get serious and commit to her at all costs", only to be denied and go back to the chase, then later find myself ready to get serious, turned down and then back to debauchery, and while I can enjoy the kind of debauchery that is senseless and commitment-free, it would be nice for that person to finally accept my proposal and get down with it so I can give up this life of crime and punishment...

Everywhere you turn, it's fucking hell this, bloody hell that, unbelievable this, Iesu Cristo that. Some of them smile, others flirt and yes, some of them ignore me in this funny game of Serial Pursuit.

With sights like this, it's all too easy to miss those "significant architectural achievements" this city is known for. Why pay attention to flying buttresses when there's a whole lotta shakin' going on down low?

After a long stroll through the city, and a zig-zag course through Jelacic Square, I finally make it over to Eli's Caffe where I find Nik and Sara serving a continuous flow of the city's moneyed and connected. The owner of the nations' Ferrari dealership is here having his morning coffee and waiting for his Bentley to arrive and whisk him back to work. The President of Croatia also comes in from time to time, I'm told. Not too shabby for a little, tiny espresso bar. Nik's buddy Gobin, the Indian guy who grew up in Manila and is here to marry a Croatian girl, stops by for a chat and I notice the Manila accented English straight away. It's a slightly sing song-y dialect that's impossible to miss if you've spent any time living in that capital city (or, in my case, having dated one too many of those fabled Alabang Girls).

3pm signals shift change at Eli's and as Ines takes over, Sara goes off to who knows where and Gobin departs with a cryptic "meeting" to attend, we head back to Nik's house where Eva has prepared another lunch of Mediterranean specialty.

This time, it's Macedonian Paprika, or something like that. Basically, it's sweet peppers stuffed with rice, ground pork, spices and a tomato sauce. Hit it up with some Tabasco and it's fantastic. I can't get enough. After a quick nap on the couch, we hit up some crepes with Nutella and then we're off to visit Nik's mom.

Nik's mom somehow broke both of her arms while we were in Copenhagen. She's doing fine and soon we're off to visit another lake and then back to the shop by 7:30pm to close and then another walking tour of the city.

As we're walking and gawking, Nik points out the best pizza in Zagreb so we swing in for a pie. They're using a coal-fired over at 288C, which is a bit cold (I think) but the Cappriciosa pizza is tasty and the crust has great flavor. I think if it were hotter it would be better, but it's pretty darn good. Not as good as Salvatore Cuomo in Tokyo but pretty good still.

At ten o'clock, Jelacic Square is hopping. In fact, this whole downtown area is hopping. People are everywhere: walking, eating, drinking, meeting - and it's only Thursday night. By the trams and near the statue of Josip Jelacic, young people stand around waiting for their friends who are traveling on the trams to hang out. It reminds me of the late 1980s, before pagers and cell phones when my friends and I would agree to meet at a certain place and a certain time to hang out. Watching them hanging out waiting is a fun reminder of old times. That sense of anticipation before heading out into a night of trouble.
Posted by onocoffee at 11:27 PM 1 comment: Links to this post