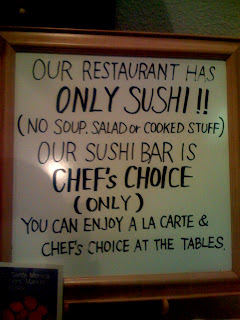 Probably the most reassuring sign in a sushi restaurant ever.

Evidently in the world of sushi restaurants, there is a division between those who serve their nigiri with warm sushi rice and those who serve it with cold sushi rice. I don't know whether this divide exists in Japan but, according to Al and Polly, it does (at least in Los Angeles).

Personally speaking, I find most of the sushi prep in Maryland to be abhorrent and the distinction between warm and cold sushi rices is something that is just not on the radar. While I prefer the rice to be warm, I guess I've subconsciously given up on it. So when they said we were going to an Edo or Old Tokyo style of sushi with the warm rice, I was ready. With Polly, Anna, Baby Ian, Al and Laila in tow, we made our way to West Los Angeles for the famed Sushi Echigo.

Perhaps they were looking to secure a cheaper rent, but Sushi Echigo is located on the second floor of a strip mall on Santa Monica Boulevard, just west of the 405 Freeway. It's kinda odd and kinda cheesy in its' location but once you walk in, there's a sign that reassures even the most jaded of souls. It reads: "No salad, soup or cooked stuff." Wonderful. 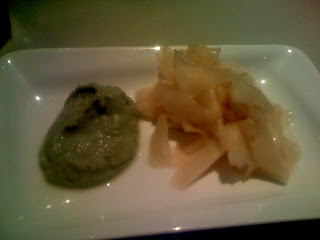 For our meals, we opted for the omakase or tasting menu. Basically, we left it up to the sushi chefs to choose for us. And choose for us they did. Again, it would be a waste of verbage to write too much about this meal. Quite simply, I thought it was wonderful. The fish was fresh. The fish was tasty and some of it out of the box. That's a plus in my book.

On the wall is a board of specials. I couldn't resist ordering a round of Kumamoto oysters and sea urchin. Beautiful. The urchins were so sweet and delictable. I wanted more.

We also had a moment of star gazing when I noticed one of the guests drawing on the back of one of the servers' shirt. Turns out that Matt Groenig and his family were also enjoying sushi and gave the servers a couple of Simpsons drawings as a souvenir. I thought about asking for the same, but since I wear black shirts, it was kinda pointless.

I'll let you enjoy the photos and not the verbage. 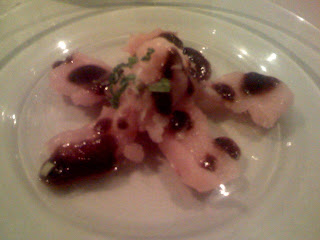 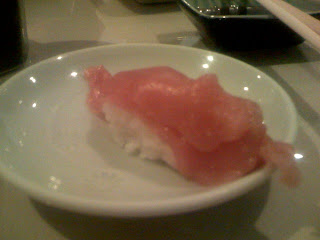 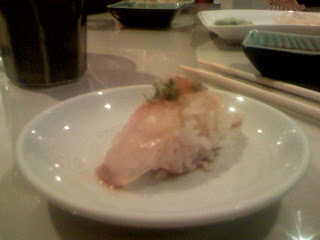 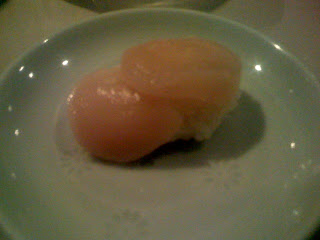 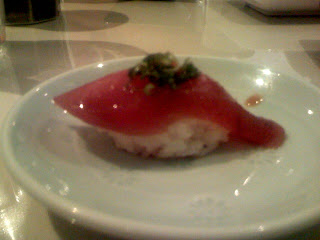 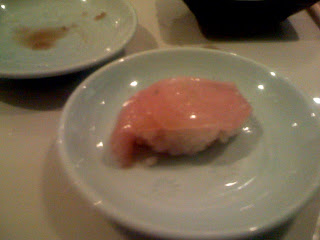 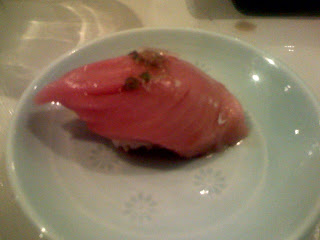 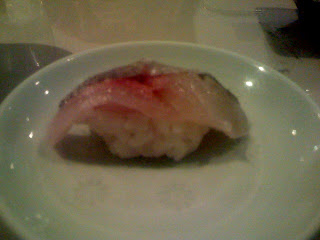 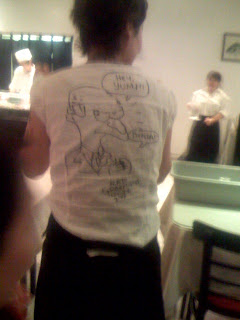 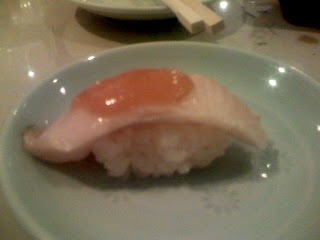 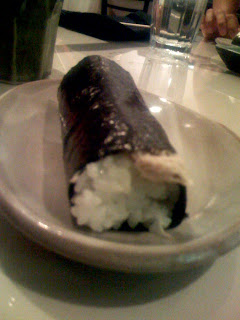 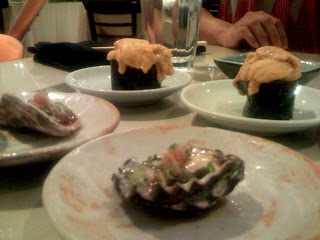